HMong music is the last surviving musical language in the world—it is able to mimic HMong speech by using musical intervals, ornamentation, and chords to mimic linguistic tones, consonants, and vowels—allowing musicians to literally speak with music. However, there have not been many opportunities for this unique trait of HMong music to shine. HMong American refugees first arrived to the United States in 1975, after having supported American CIA forces in Laos during the Vietnam War. Unfortunately, Wisconsin curriculum does not teach this part of American history, underrepresenting the more than 50,000 HMong Americans who currently call Wisconsin Home. Programming that highlights this one-of-a-kind musical ability of the HMong language, gives a spotlight to the diversity within Wisconsin, the beauty of other cultures, and gives the HMong American community an opportunity to realize that we are indeed special, and our culture is worthy of being shared, taught, and preserved.

Neng Now, is a documentarian, scientist, and artist. He is a Harvard graduate, who has worked and traveled to over 25 different countries around the world, and recently produced his first documentary film, “Among Mountains,” in 2021. His work has earned him a Fulbright Independent Research Grant to research Hmong musical linguistics in Laos in 2020, a Community Impact Award from the Hmong National Development Conference in 2019, and has built an online community of over 70,000 followers on social media thus far. 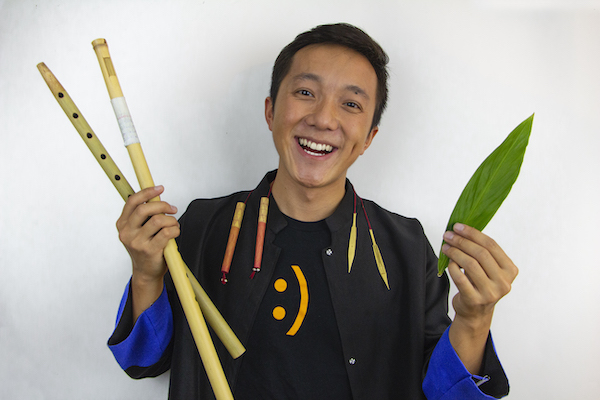